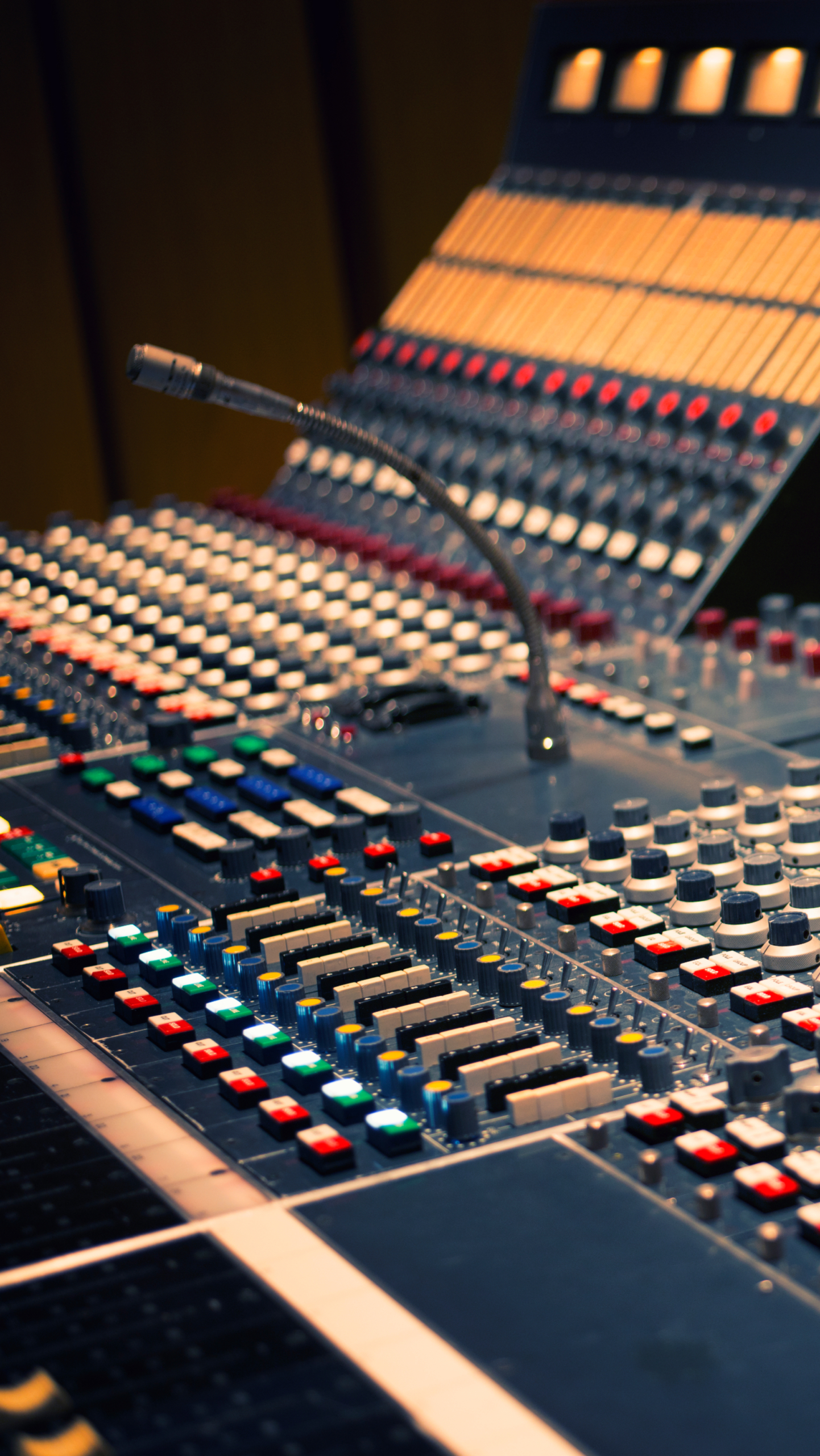 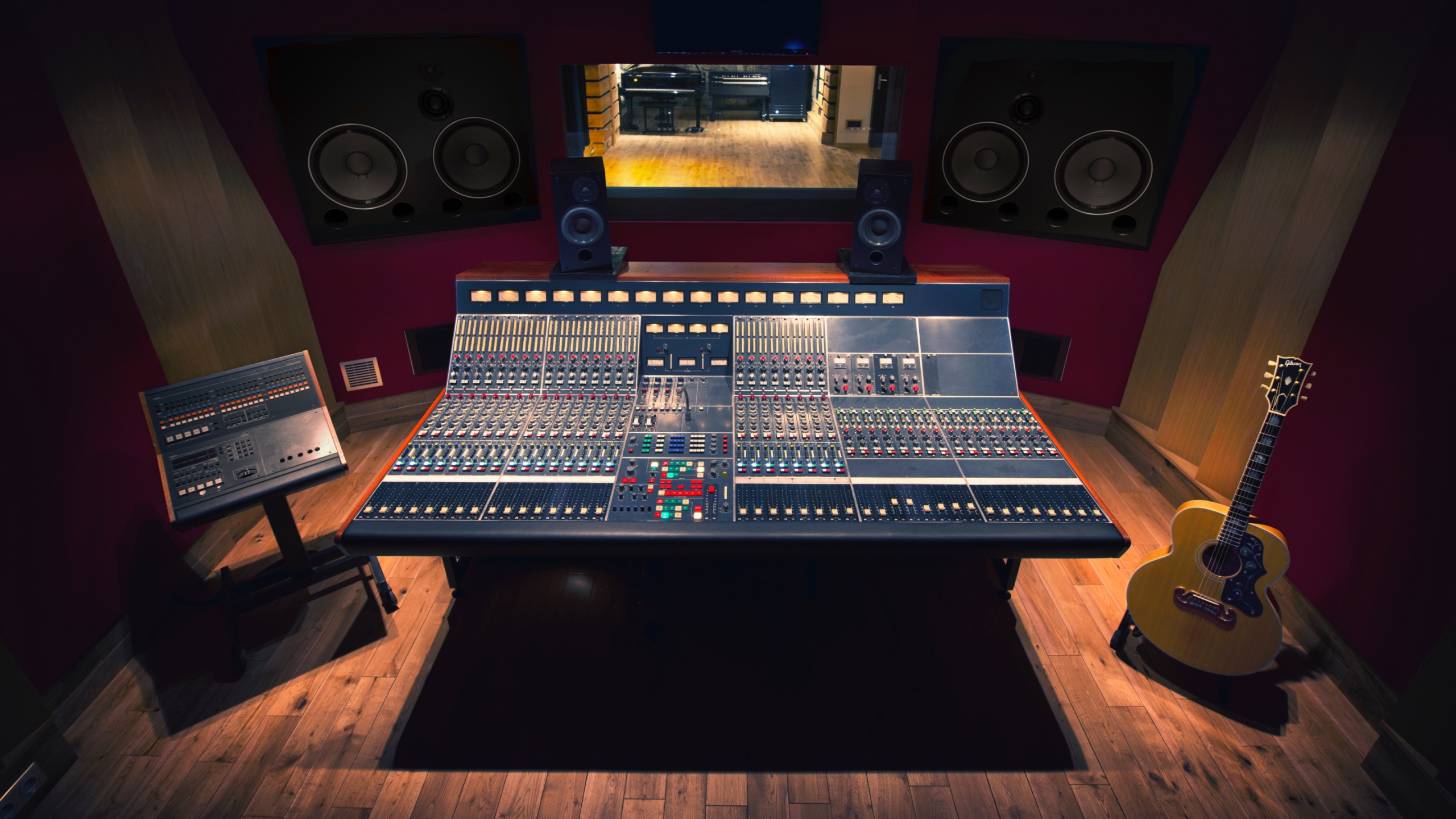 May we present to you the 1975 EMI Neve A3268, one of only eight consoles built to this specification and this example as just been fully restored with the help of the Neve Guru Mr Blake Devitt.

Similar to Paul Epworth’s monster of an EMI Neve at The Church Studio 1, this particular EMI Neve from 1975 is fitted with 24x Neve 1093 modules (4 band EQ + Filters) in original condition and 16x returns plus 8x groups. In addition to two original EMI TG12345 compressor/limiters overhang the console.

The EMI Neve series of audio consoles were designed and produced by Neve in the early 70’s to the exacting standards of EMI’s engineers, to be utilized worldwide in EMI studios.

They are considered by many, including then Head of the Electrical Design Drawing Office at Neve, Geoff Tanner [Aurora Audio] to represent the all-time pinnacle of audio console design, and have been described as an 8078 on steroids, amongst many other superlatives.

The ultimate Neve console? EMI-Neve’s design showed greater consideration to sonic performance than any other consoles.

The ultimate Neve console? EMI-Neve’s design showed greater consideration to sonic performance than any other consoles. 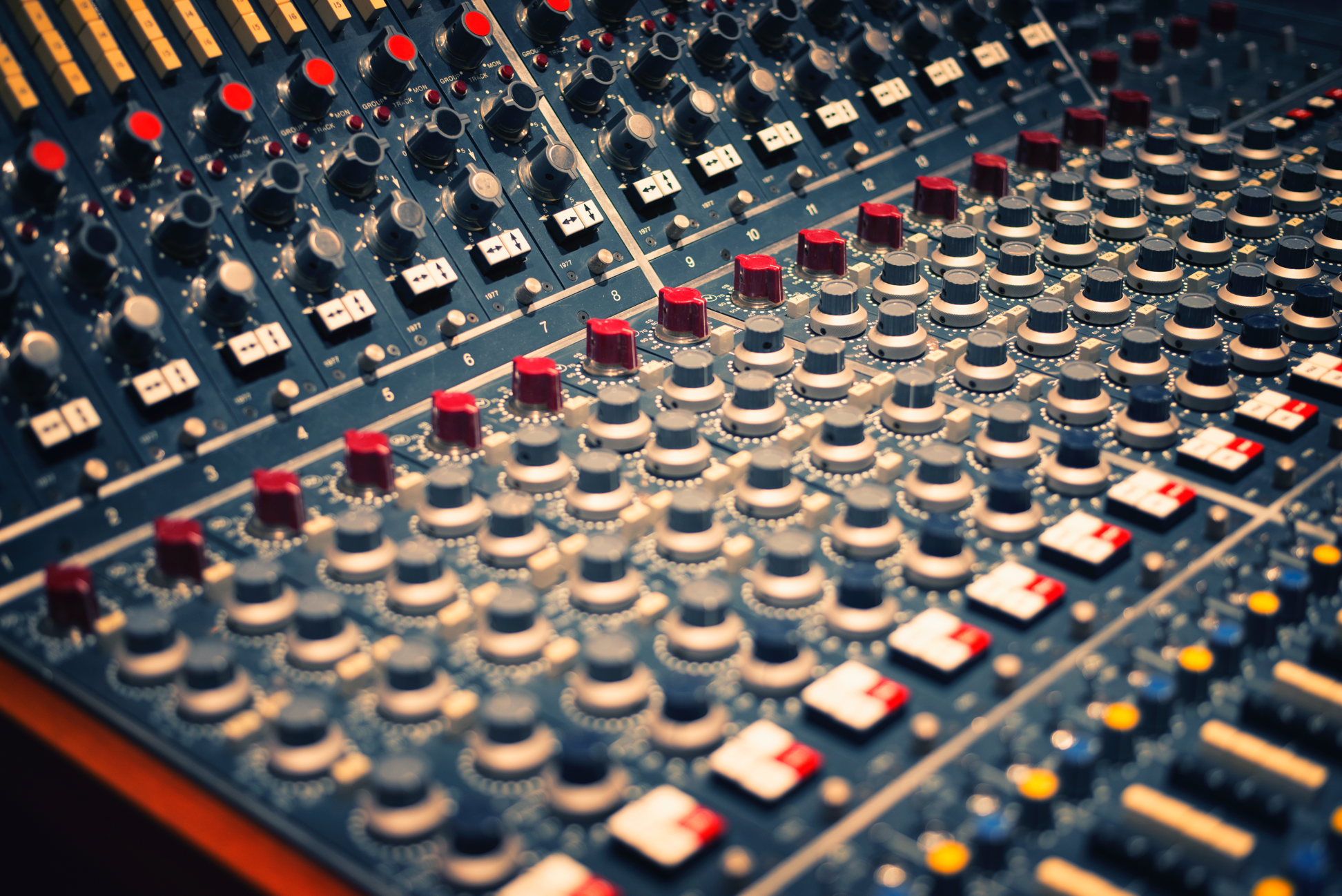 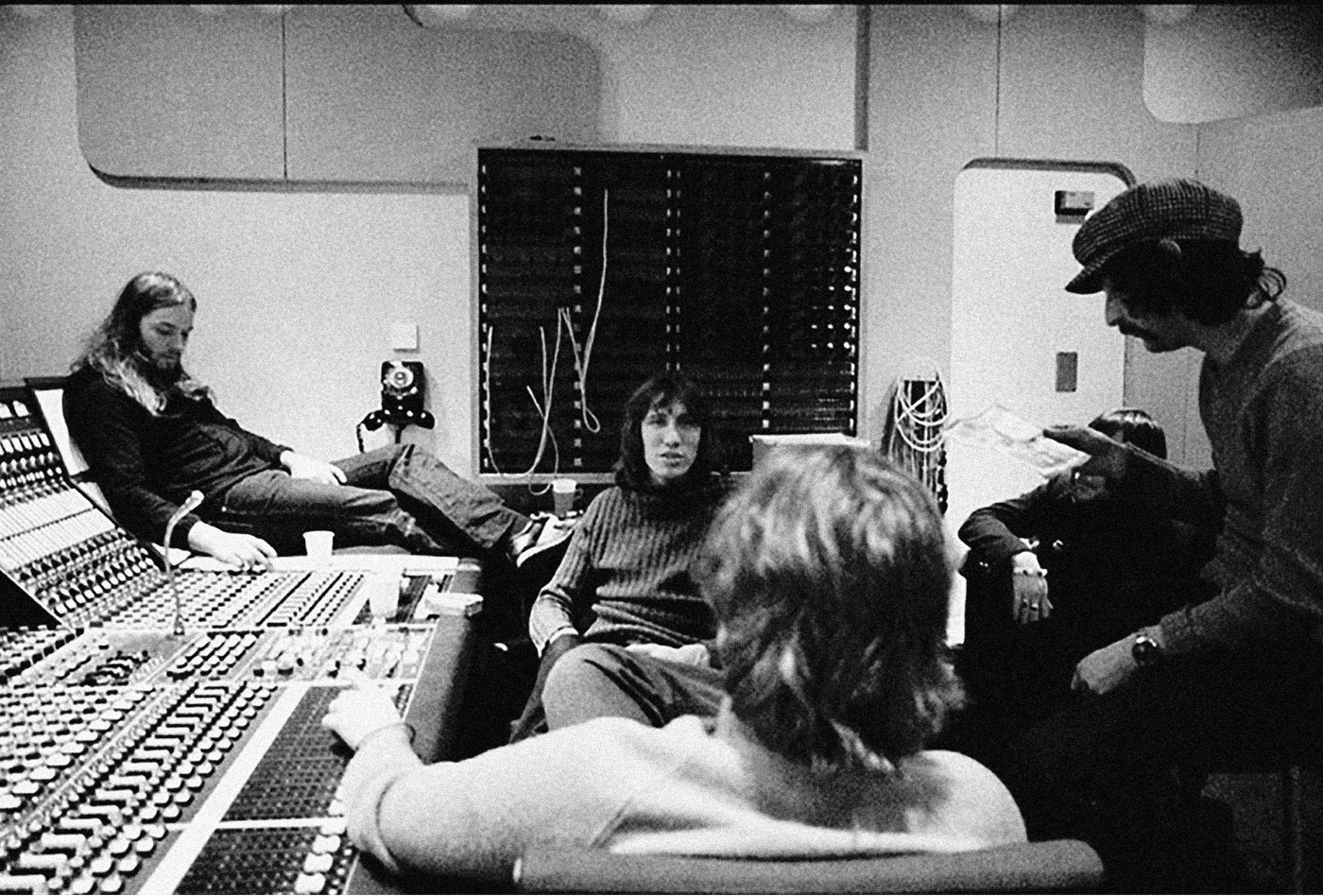 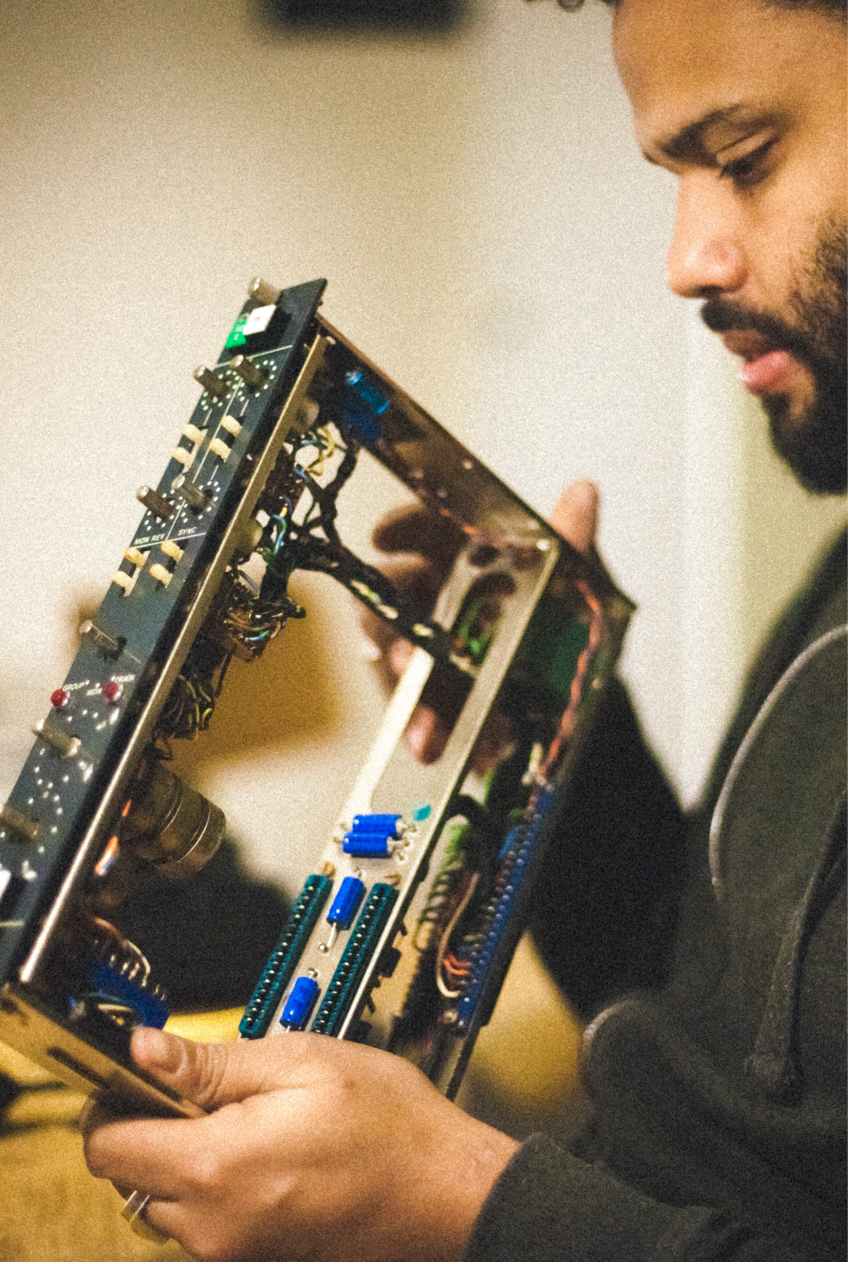 In addition to myriad additional sophisticated monitoring options, there were various other specifications by EMI engineers that increased the utility, reliability and sonic impact of these consoles over ‘standard’ Neve consoles. Each input transformer, for example, was specified to have ultra-low THD which was measured and noted on a small white sticker attached to each transformer.

In early 2015, a series of lucky and serendipitous events led us to find this spectacular console in Monterrey (Mexico). Passion, if not slightly crazy, push us to restore the console from the smallest screws to final monitoring path. 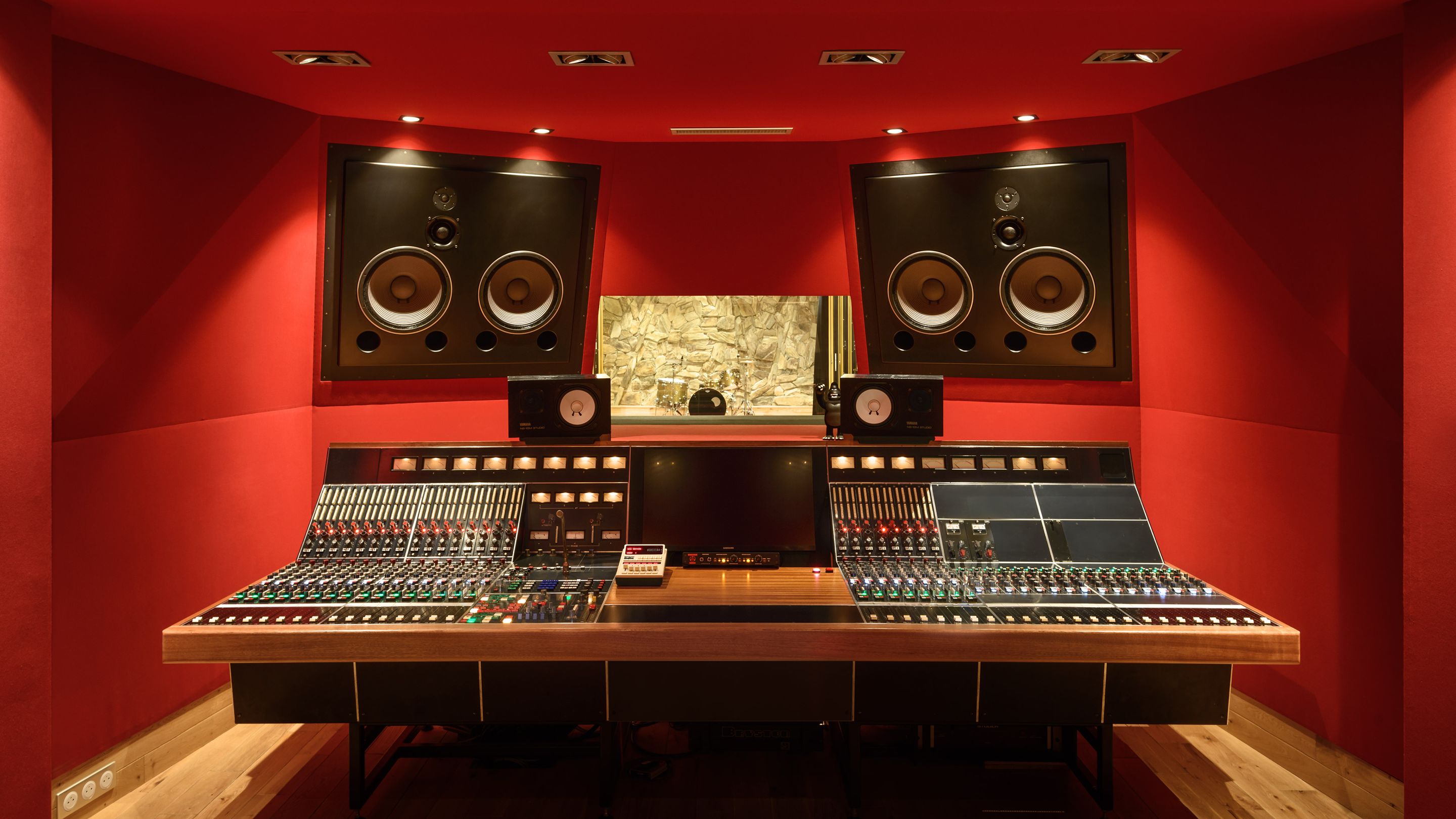 A A
Our flagship studio features three differents recording areas and configurable layout. Centered around our fully restored 1975 EMI Neve console, the control room offer flush-mounted Custom ATC monitors and a bunch of the rarest compressors, Equalizers plus a large microphones collection. Over three drums kits, vintage bass and guitars, and a full range of piano and keyboards. 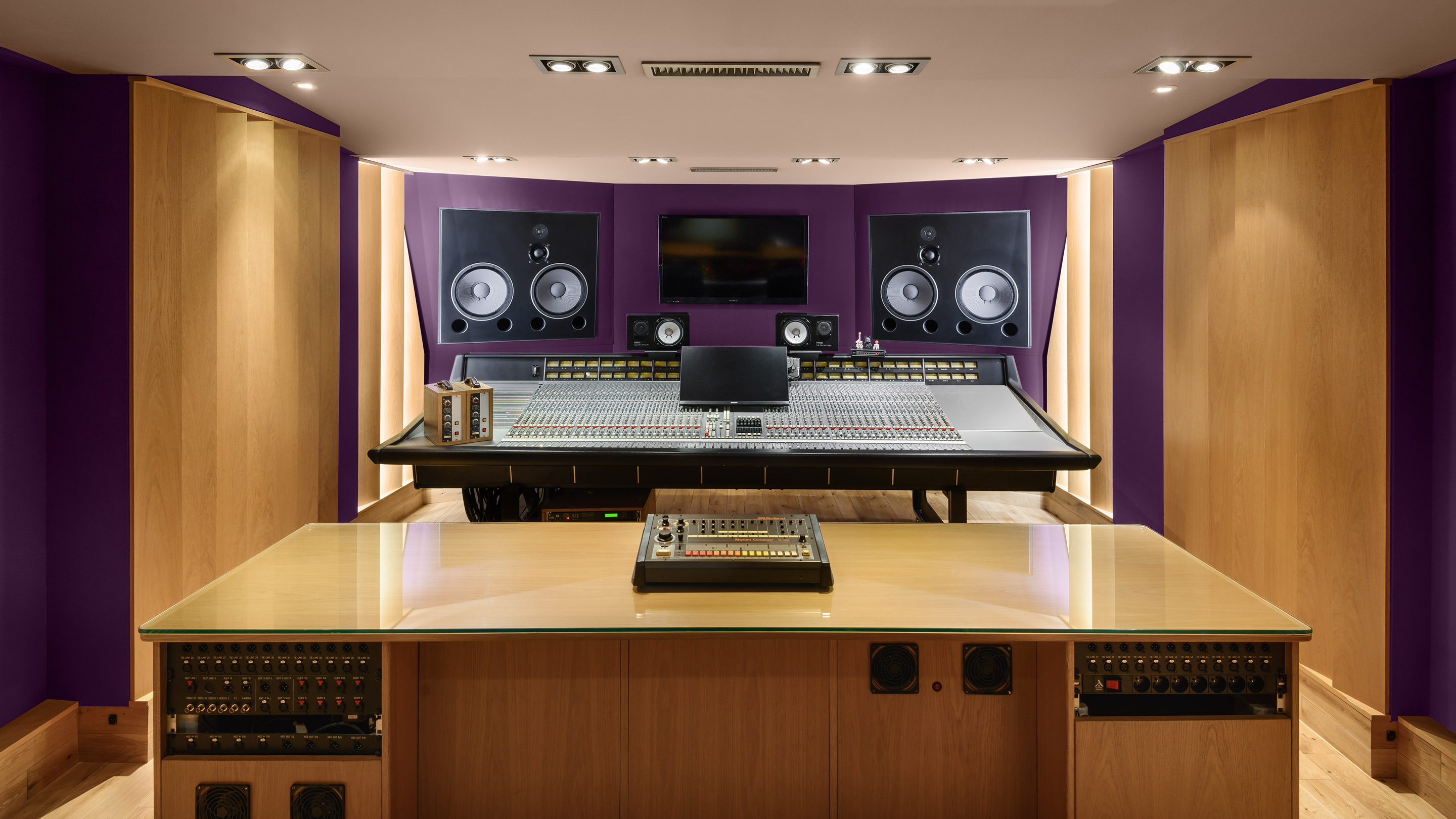 B B
Our mix room, offer a stuning SSL 4048G+ with flush-mounted Custom ATC monitors together with 5.1 set of Genelec speakers. In addition five bays of the finest outboards (Neve, Pultec, EAR, Urei, GML) and classic reverbs (EMT, AMS, Eventide, Lexicon). A great writing and production room as well ! On top of this, there's fantastic array of floating equipment, subject to availability. 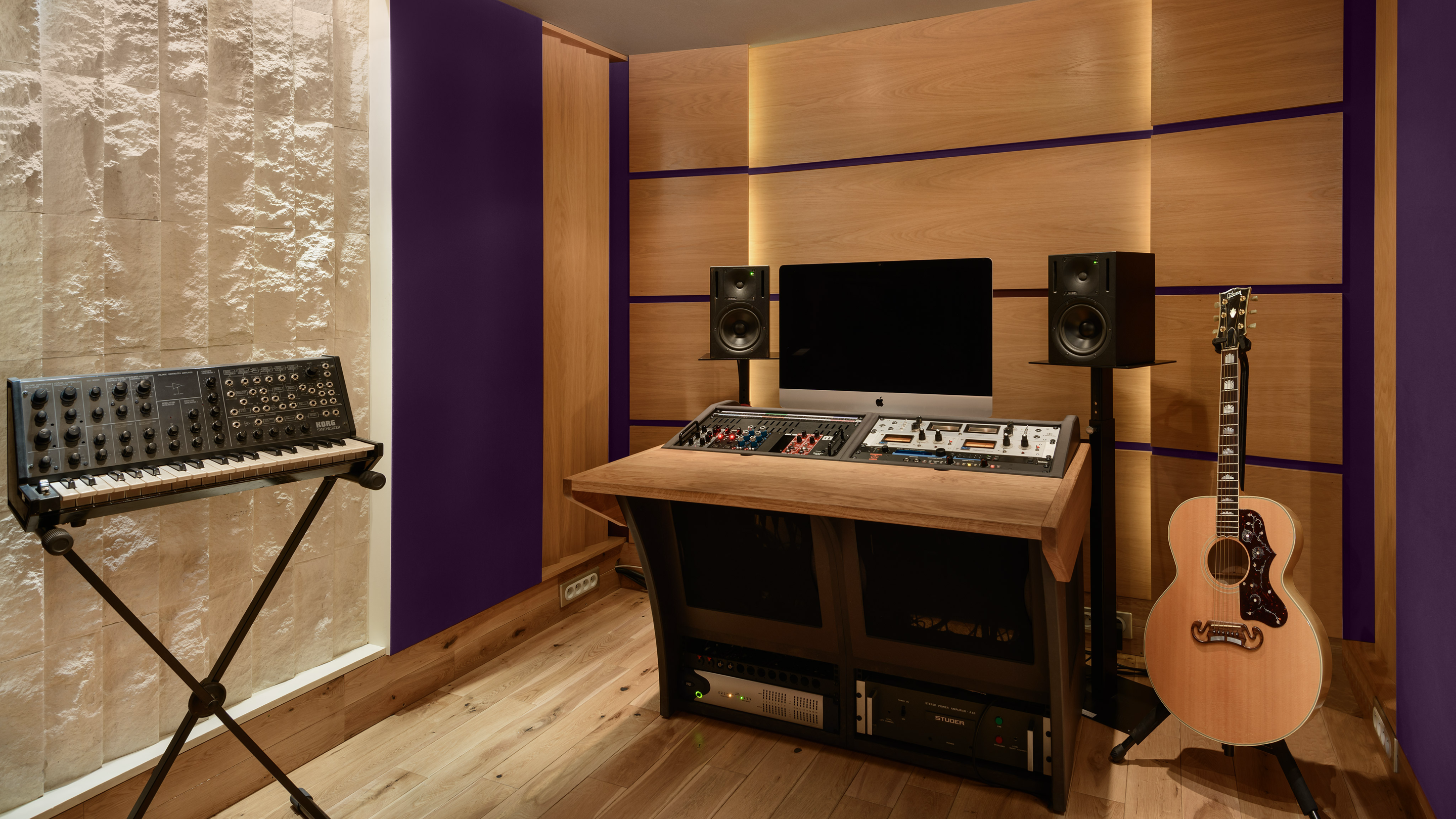 C C
Our smaller room features a Pro Tools HD Native as well as Logic and Ableton loaded with an arsenal of plug-ins rig (Native Komplete, Arturia Collection 7, etc.) and some of nicest analog gear. The room fitted with an isolation booth next door with video link to facilitate small tracking dates and overdubs. Studio C is ideal for voice over, additional recording, editing and mix In The Box as well. 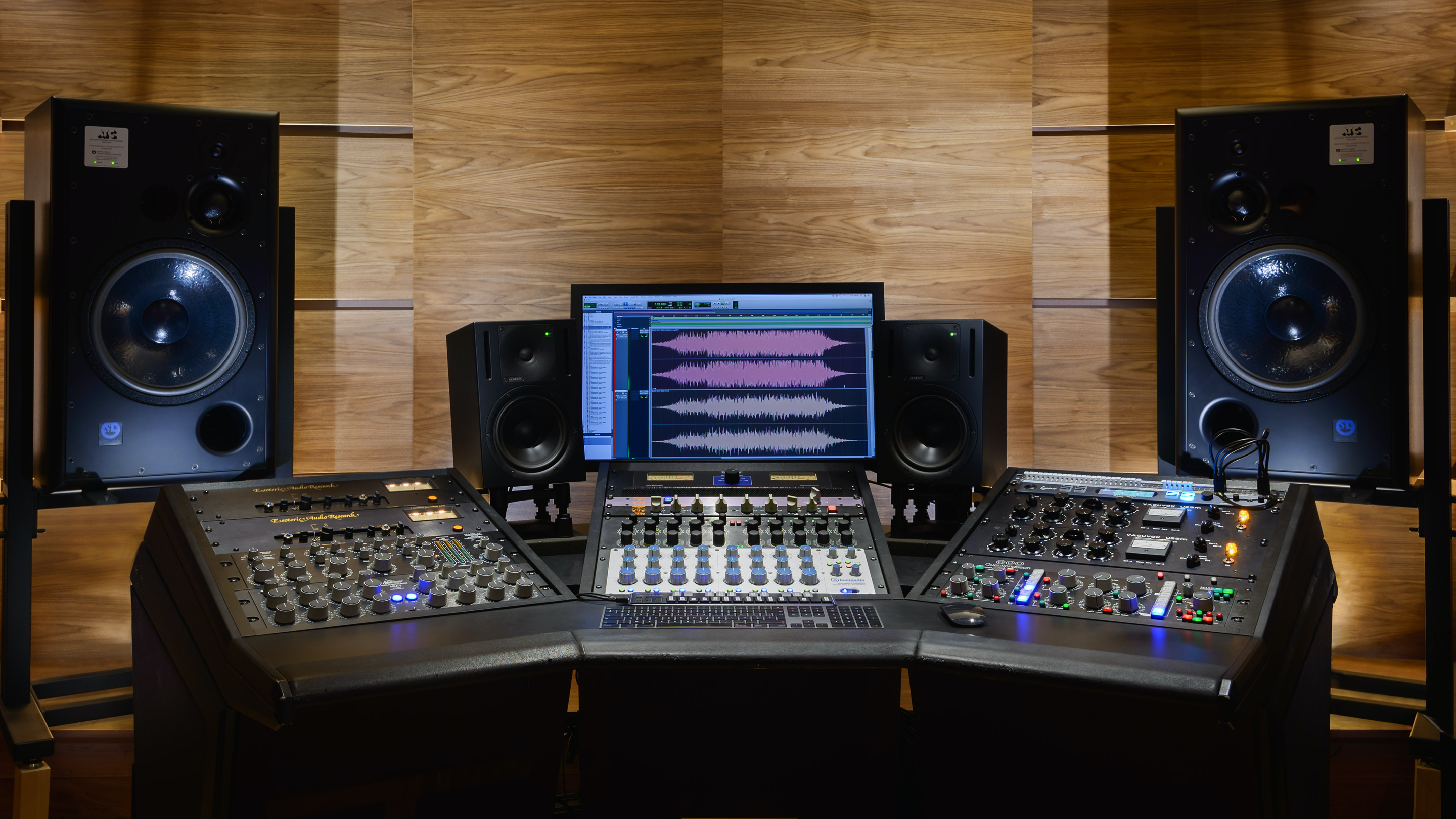